The Napoleonic Wars (1803–1815) were a series of major conflicts pitting the French Empire and its allies, led by Napoleon I, against a fluctuating array of European powers formed into various coalitions, financed and usually led by the United Kingdom. The wars stemmed from the unresolved disputes associated with the French Revolution and its resultant conflict. The wars are often categorised into five conflicts, each termed after the coalition that fought Napoleon: the Third Coalition (1805), the Fourth (1806–07), the Fifth (1809), the Sixth (1813), and the Seventh (1815).

William Legh Clowes (1781) was born in Manchester, England, the son of Samuel Clowes (1750) and Martha Tipping. During the Napoleonic Wars, he served under Field Marshal His Grace the Duke of Wellington, with tha rank of Major. 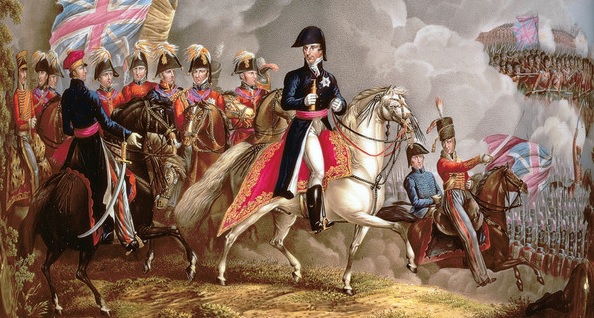